A Gun for Dinosaur Study Guide 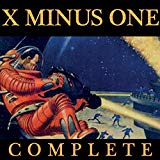 A Gun for Dinosaur by L. Sprague de Camp

A Gun for Dinosaur Book Summary

The story takes the form of a first-person narrative by the protagonist, time-traveling hunter Reginald Rivers told to Mr. Seligman, a prospective client of his time safari business; Seligman's contributions to the conversation are omitted, and must be inferred from those of Rivers. Rivers informs the client he is not big enough to hunt the dinosaurs of the Cretaceous period, illustrating his point with an extended anecdote from a previous expedition, which forms the main portion of the tale.

On the occasion in question, Rivers and his partner Chandra Aiyar conduct two other clients to the past. One of them, Courtney James (based on Jack Parsons), is a vain, arrogant and spoiled playboy; the other, August Holtzinger, is a small, timid man recently come into wealth (time safaris are not cheap). Before the journey, they test-fire some guns on the firing range to settle on weapons for each of them. Holtzinger's small size makes him incapable of effectively handling a heavy-caliber weapon (the recoil knocks him over) and, against his better judgment, Rivers lets Holtzinger travel on the safari with a lighter caliber weapon.

James proves unmanageable, shooting at every creature in sight and spoiling Holtzinger's shots. Ultimately James' foolishness gets him in real trouble, when he inadvertently empties his rifle over a slumbering Tyrannosaurus , which consequently wakes and makes for him. Holtzinger defends James by shooting the dinosaur, but his gun is not powerful enough to kill it, and his act only attracts it toward the shooter. Despite the best efforts of Rivers and Aiyar to save Holtzinger, the Tyrannosaurus snaps him up and makes off with him. A furious quarrel with James ensues, he and the guides each blaming the other for their companion's death. James tries to kill Rivers, but is knocked out by Aiyar. Afterwards he swears revenge.

Later, after the expedition has returned to the present, James bribes Professor Prochaska, the scientist operating the time chamber, to send him back to the Cretaceous again—but at a point just prior to the emergence of the safari's earlier visit. His plan is to shoot Rivers the moment the latter originally came out of the time machine. Since that obviously had not happened, however, the space-time continuum avoids the paradox by spontaneously snapping James back tothe present, the forces involved instantly killing him.

Concluding his tale, Rivers makes his point with Seligman by emphasizing Holtzinger's fate.

You'll need to sign up to view the entire study guide.

AntiStudy is the best study resource for literature. Ace your next literature exam or assignment by reading one of our free essays or study guides.

Get instant access to thousands of study guides and essays!